In 1941, Goodyear sold the Double Eagle Clipper, and Double Eagle Deluxe bicycles. Designed by Wilbur Henry Adams, a noted industrial designer of the time, they were manufactured by the Colson Company of Elyria Ohio for only one year for the Goodyear Tire and Rubber Company. For several years after WWII, it was sold by the Colson Co. under their own brand name and was simply called the “Colson Deluxe”. The main difference between the pre-war Goodyear model, and the post-war Colson model are the fenders and name badge. The Double Eagle Deluxe featured built in tail light and the exclusive Colson “Cushioner” spring fork, while the lesser Double Eagle Clipper model simply had traditional truss rods and a rigid fork. This bicycle is equipped with a Delta Roadlighter headlight, Torrington Meteor pedals (incorrect), Goodyear Airwheel G-3 whitewall tires, and a Troxel deluxe saddle. Rims are standard chromed Lobdell drop-center type. 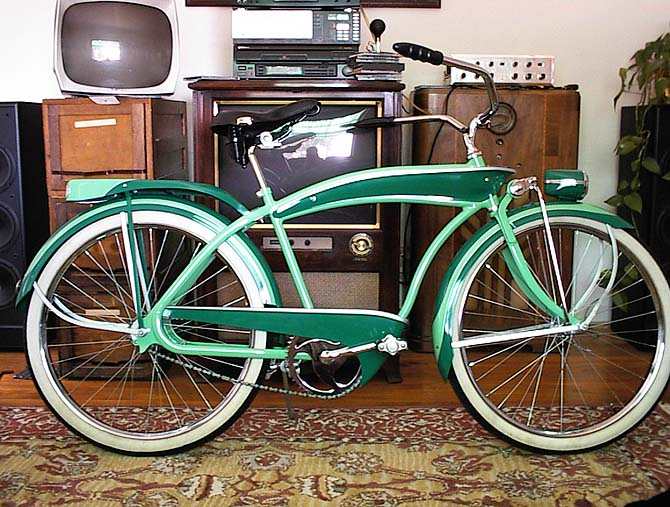 The “Clipper Ship” influenced design is evident in the tank and chain guard. 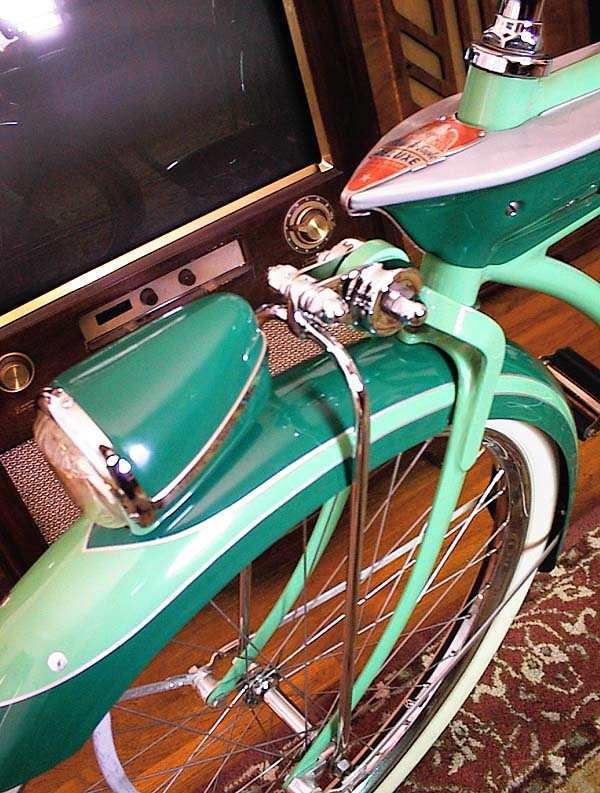 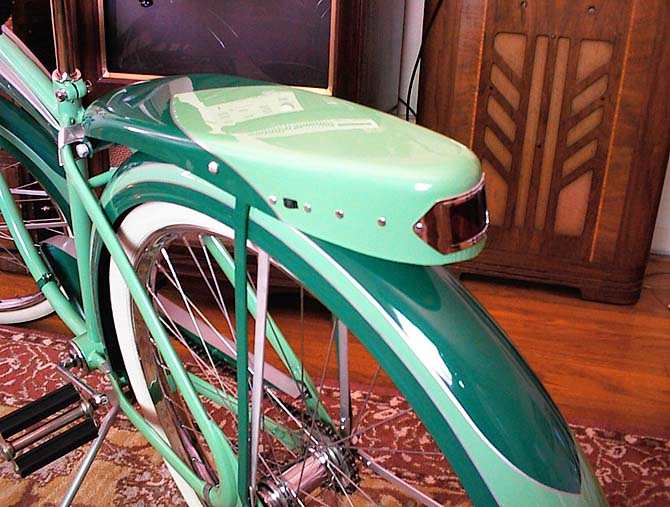 Built in tail light with delta switch on side. Lens is red celluloid plastic.