In late January 2010, while working for Norfolk Southern Rail Corporation in Atlanta, I built this 1974 Schwinn Norfolk Southern “CYO” (Central Yard Office) bike (it was formerly a light blue Schwinn “Breeze”). Our Diversity Council raffled it off in March of that year, with the proceeds going to the Haitian (Earthquake) Relief Fund. A co-worker of mine bought a $10.00 raffle ticket and won the bike. Last Fall, he and his wife were about to move out of state so he put it on Craigslist. I saw his listing and bought the bike back. I made some slight changes – adding a 3-Speed Sturmey Archer hub and shifter, NOS grips and a saddlebag, Since I recently retired from Norfolk Southern, I think I’ll hang onto it this time… Dave Nichols 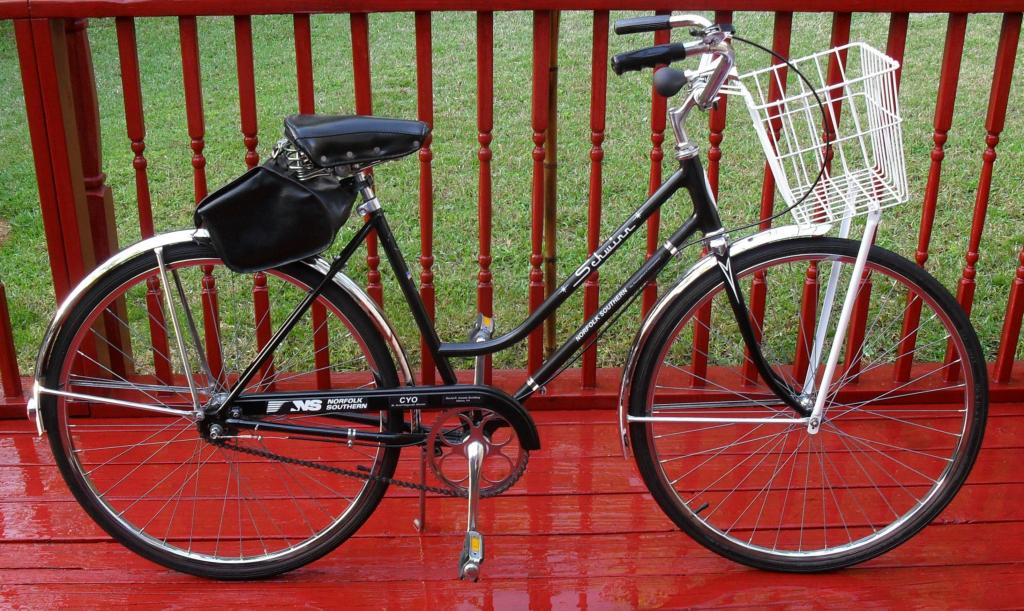