This photograph, taken sometime between 1917 and the early 1920’s shows a boy dressed up with a hat and a tie, looking down on his presumably brand new Harley Davidson bicycle. Was this a promotional photograph for Harley Davidson? Was it used as the basis for a catalog or advertisement illustration? Hard to say, but one thing is for sure… it’s a rare glimpse of a then new, and now very desirable collectors item in sharp detail! 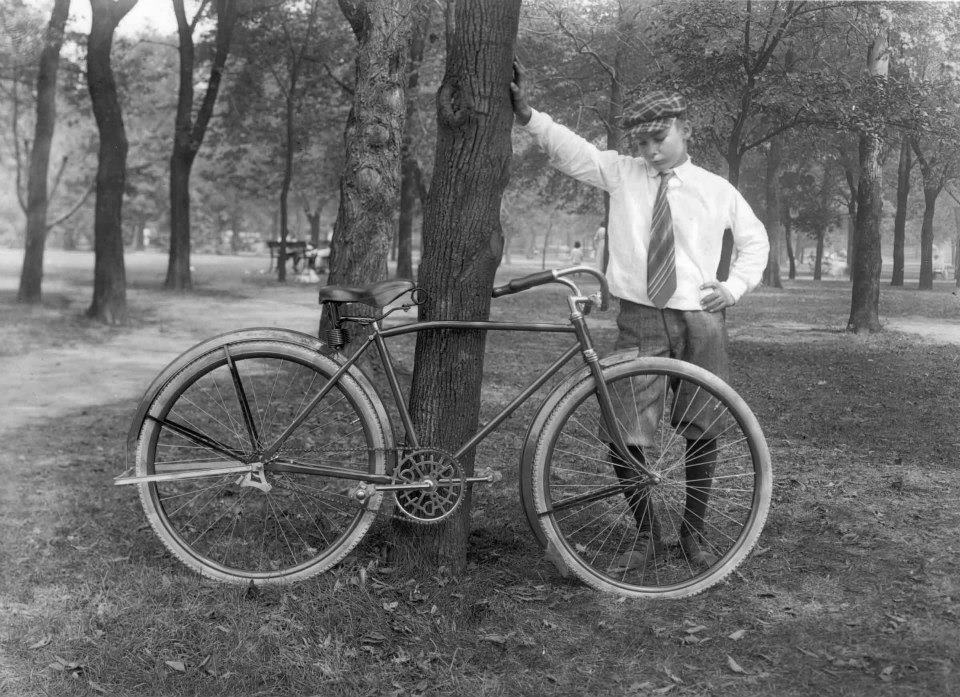