The Schwinn Corvette was one of the most popular bicycles that Schwinn sold from 1954 through 1964. It wasn’t the most expensive bike in their line-up, but a was a nicely equipped model that was very appealing to most kids back in those days.

It featured polished stainless-steel fenders, chrome rims with whitewall tires,”Radiant” candy colored paint, chrome headlight, and a spring loaded carrier-rack over the front fender. They were available with a single or two speed coaster brake, or a Sturmey-Archer 3 speed freewheel hub with front and rear caliper brakes. In 1962 for one year only, the Corvette was available with a 5 speed derailleur hub. This model had special decals that included  crossed racing-style flags on the chain guard. The 5-speed model is the rarest of all Corvettes. All were equipped with a ridged front fork. A spring fork was not available on this model.

Between the 1954 and 1958 model year, the bicycle changed very little. Updates in 1959 were carried out through the rest of the production run until 1964. 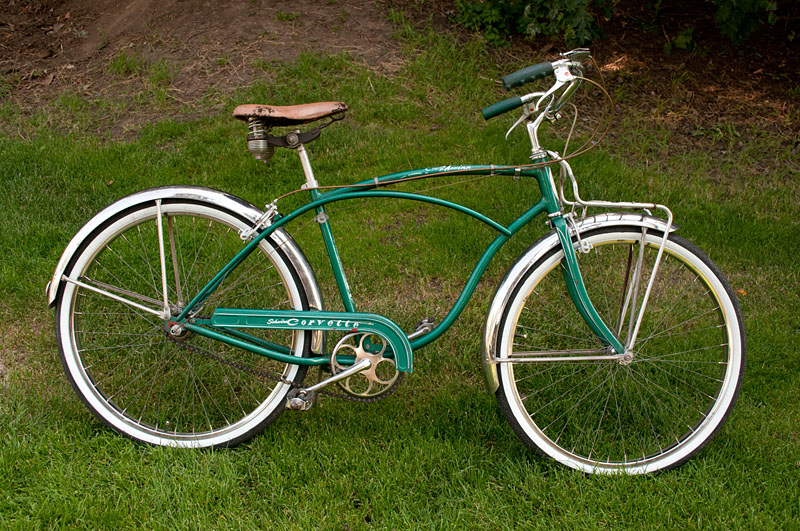 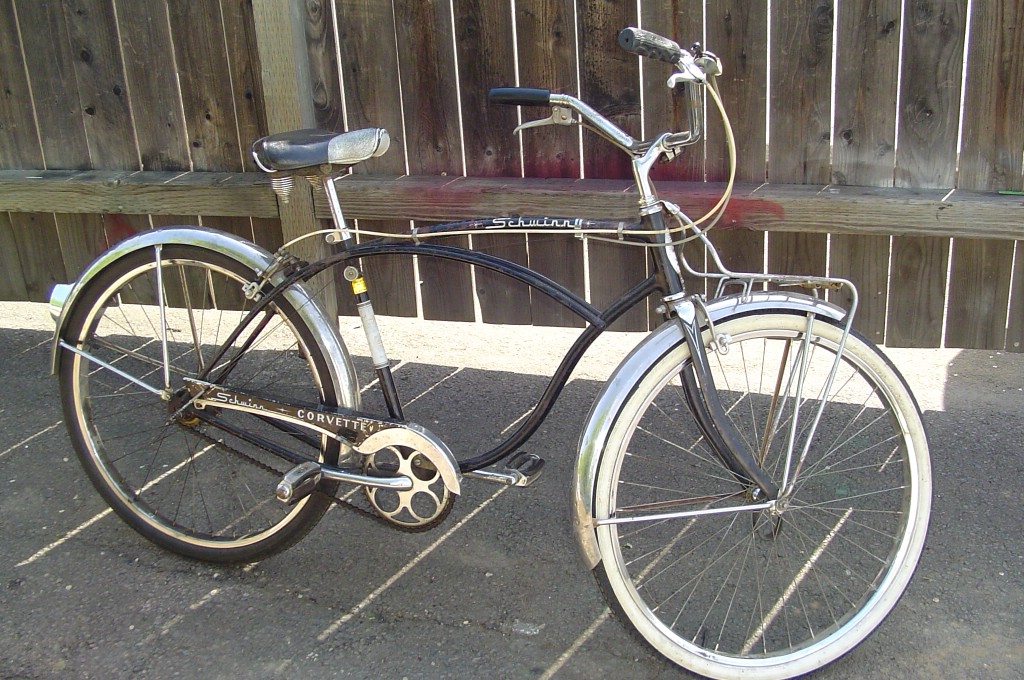